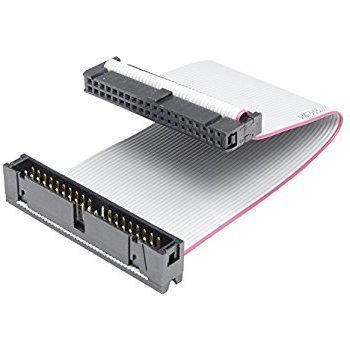 My previous desktop failed some time ago and although I never figured it out what caused it the motherboard was clearly beyond repair because when I swapped in a different psu it would start up at all, the system was totally dead. I've recently got a new desktop and wanted to recover the data from the old hard disk which was an ide connection and so I had no intention of making it a part of the new system. What I really want from it is theasy photos of my daughter when she was wee. I got an ide to usb adapter from Novatech but when I connected it up there was a nasty smell and a wisp of smoke from the power input to the disk. I intend to check the power lead in case there was a manufacturing fault which led to it giving the wrong voltage. My concern is that the board on the disk might be shorted out and I'm reluctant to try a different adapter, even one borrowed from a friend which i know is good in case I damage the disk further. So what I'd like is a quote for recovering the data on the disk.

IDE hard drives have not been widely used for almost 10 years now. Their SATA replacement hard drives featured a new type of connection that got rid of the parallel data cable and 4 wire D-connector type power cable

When the hard drive starts to smoke it means there is a problem with the electronic controller board of the hard drive. This is usually caused by a fault - usually in the voltage regulator chip that prevents the hard drive from powering up. Replacing the hard drive PCB with an identical one won't work as the board also controls a map of how the data is stored on each hard drive. So if you need the data from the hard drive you'll need a way of transferring the drive mapping from the old disk to the new disk too.